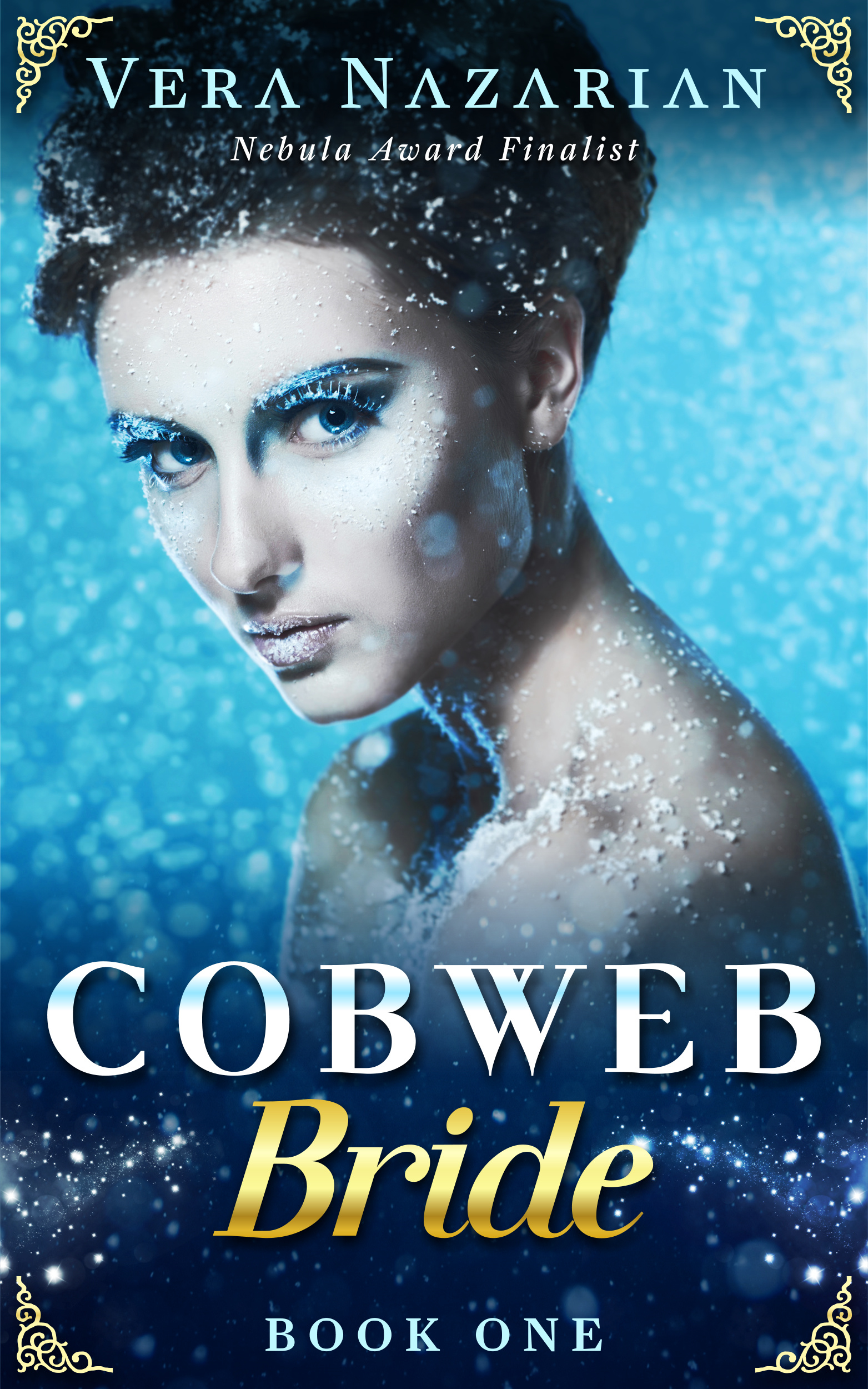 She alone can save the world and become Death’s bride.

COBWEB BRIDE (Cobweb Bride Trilogy, Book One) is a history-flavored fantasy novel with romantic elements of the Persephone myth, about Death’s ultimatum to the world.

What if you killed someone and then fell in love with them?

In an alternate Renaissance world, somewhere in an imaginary “pocket” of Europe called the Kingdom of Lethe, Death comes, in the form of a grim Spaniard, to claim his Bride. Until she is found, in a single time-stopping moment all dying stops. There is no relief for the mortally wounded and the terminally ill….

Covered in white cobwebs of a thousand snow spiders she lies in the darkness… Her skin is cold as snow… Her eyes frozen… Her gaze, fiercely alive…

While kings and emperors send expeditions to search for a suitable Bride for Death, armies of the undead wage an endless war… A black knight roams the forest at the command of his undead father… Spies and political treacheries abound at the imperial Silver Court…. Murdered lovers find themselves locked in the realm of the living…

And one small village girl, Percy—an unwanted, ungainly middle daughter—is faced with the responsibility of granting her dying grandmother the desperate release she needs.

As a result, Percy joins the crowds of other young women of the land in a desperate quest to Death’s own mysterious holding in the deepest forests of the North…

And everyone is trying to stop her.