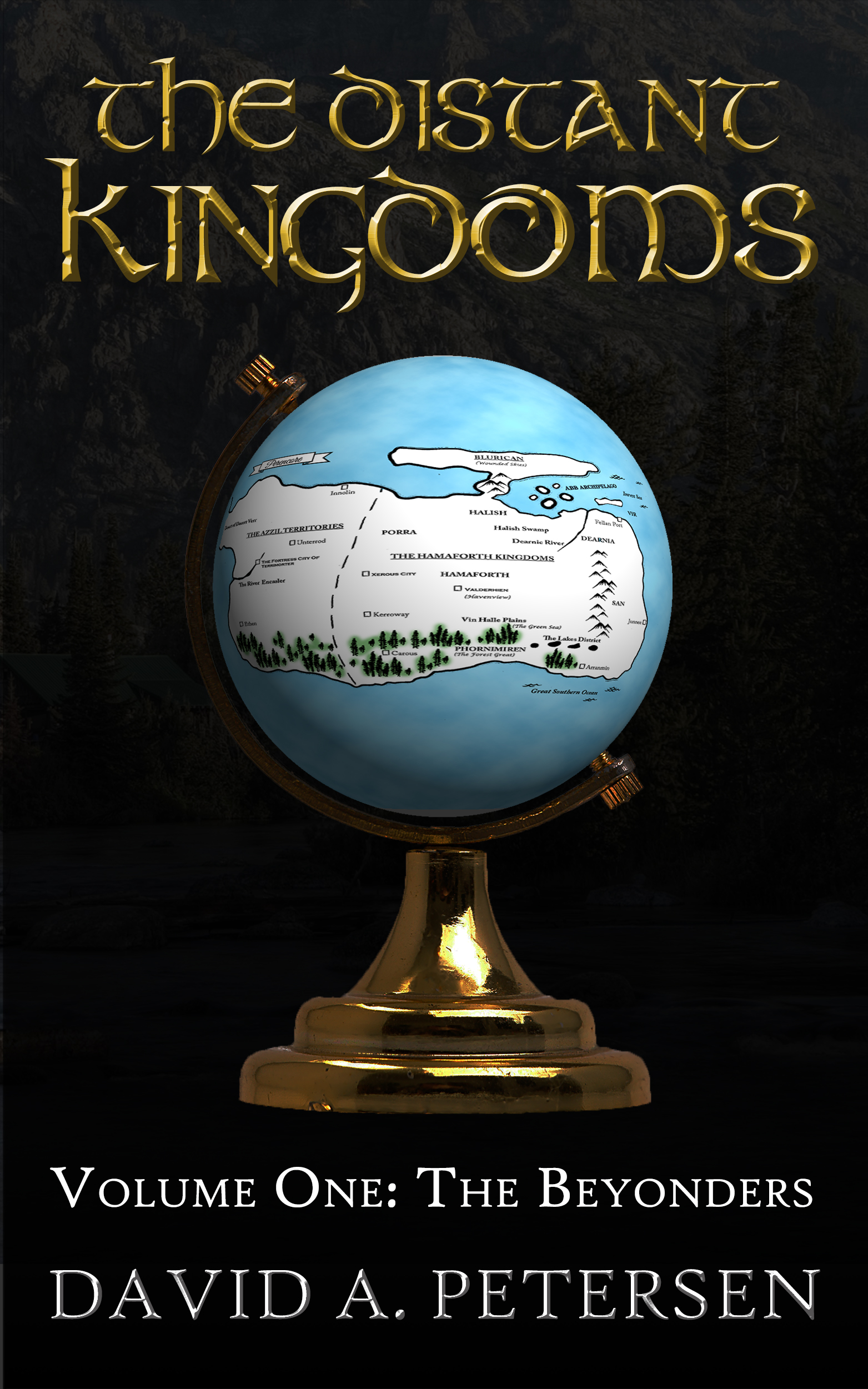 Authored By:  David A. Petersen

Six of the western world’s finest scientific minds are working on a venture to lay the foundations to control time. The experiment turns to disaster when the Minerva Project suffers a catastrophic malfunction causing five of the team to find themselves no longer on Earth. Along with these scientists, numerous others from across Earth are torn from their lives and deposited on this foreign world.

MINERVA – The Roman Goddess of wisdom and the sciences as well as war.

THE MINERVA PROJECT – A development of the multi-national corporation ScienceStart.

Six of the finest scientific minds in the western world are working on a venture to lay the foundations to control the last bastion of our natural world- time. This unique experiment becomes a disaster when the Minerva Project suffers a catastrophic malfunction causing five members of the team to find themselves no longer on Earth. The sixth member of the team remains on his home world to ponder his part in this devastating failure.

Along with the five members of the project’s initial research team, numerous other people from across Earth are summarily torn from their lives and deposited without rhyme or reason on this foreign world. These unfortunates include the last surviving members of a doomed British military expedition on the mountain of Isandhlwana in Africa, an Iroquois helicopter crew from an ill-fated mission during the Vietnam War, a hunted man from the streets of a city in Ireland, an SS officer on the run from justice in the aftermath of World War Two, a group of soldiers on opposite sides of the American Civil War and a suburban family innocently on holidays. Many other people are also transferred to the world of Perencore where they face a constant battle for survival in a harsh existence against seemingly overwhelming odds. Earth and Perencore are not the only worlds involved in this terrible violation of the natural order. The remnants of a mighty tribe of a people known as the Appor arrive in this new setting from their own planet. They too must face a constant fight to survive and find themselves battling a dreaded enemy from a time long past.

These different characters individually, or as a collective begin an exploration of this extraordinary setting to seek answers to many questions about their current state of existence. More importantly they desperately search this new planet for a means of returning to their former lives on their home worlds. Some of the people involved in this dilemma find their lives uncomplicated enough to manage in this new society while others are forced to deal with a brutal existence where each and every day may bring about a sudden death at the hands of Perencore’s inhabitants. Their only means of defence on this world is their superior know-how, intellect and advanced technology.

The main threat to the lives of this world’s new arrivals come in the form of a wide ranging group of merciless bandits called the Anhil. Another threat to the lives of the new inhabitants soon referred to by the local people as ‘Beyonders’ is the fact a long simmering feud is slowly escalating into a full-scale war between two mighty powers. The benign Hamaforth Kingdoms under the command of King Entell Thellon the Third have long been under threat of invasion by those persons overseeing the enemy state, The Azzil Territories whose overlord, Ruler Jom Azzer has vowed to take control of the entire Kingdoms at all costs. By the end of this volume some of the new arrivals to this planet have, with the kind assistance of the more benevolent members of the local community assimilated themselves into this rudimentary and antiquated society. Others find their fight for survival an endless nightmare and one character advances to the upper echelon of the nobility. In these, their new lives they unknowingly become involved in the machinations of ongoing hostilities between the two forces which include numerous assassination plots and an attempt to overthrow the Hamaforth Kingdoms’ monarchy by a bloody coup.