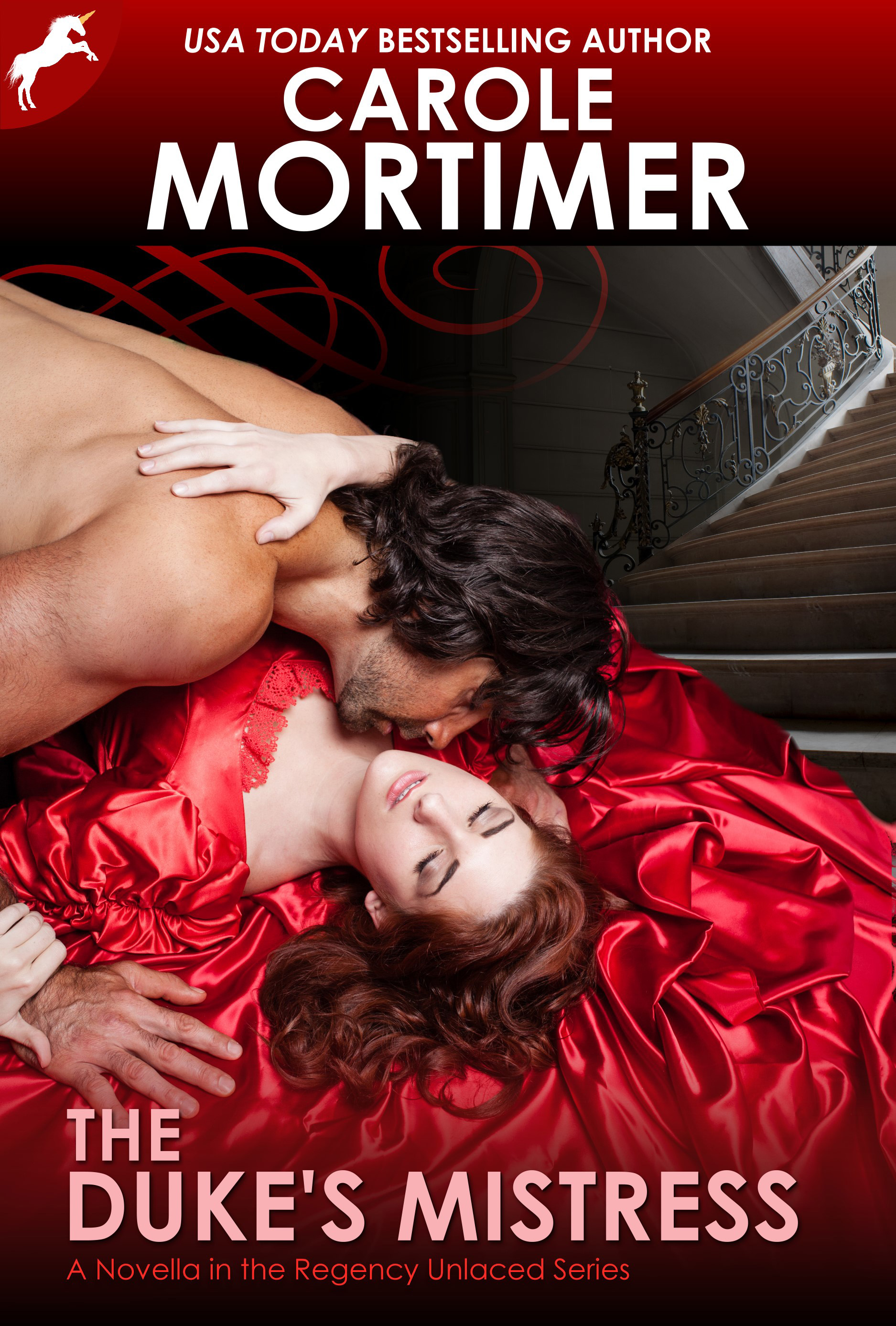 The Duke’s Mistress is the first story in Carole Mortimer’s Regency Unlaced series. Hot and steamy tales of Regency heroes and heroines, with a dangerous dash of romantic suspense, as only Carole can write them!
Carole has written over 200 books, in contemporary romance as well as Regency, and is the Recipient of the 2015 Romance Writers of America’s prestigious Lifetime Achievement Award. She is a USA Today Bestselling author. Entertainment Weekly Top 10 Romance Author. 2014 Romantic Times Pioneer of Romance. Was recognized by Queen Elizabeth II in 2012, for her “outstanding service to literature”.
The Duke’s Mistress
The young widow Lady Dorothea Fitzroy is bored with her life. Most especially so with her role as mistress of her brother’s household, and the endless round of society engagements this forces her to endure.
What Thea so badly needs is a secret and passionate lover, to become mistress of another kind entirely, and so add excitement and spice into her humdrum life. But where is she to find this handsome and inexhaustible gentleman?
Julian Remington, the arrogant and haughty 17th Duke of Blackmoor has no interest in finding a mistress for his bedroom or his home. He’s jaded, cynical, and distrustful when it comes to women. One woman, a woman from his past, has caused too much grief in his life for him to ever trust another.
Thea and Julian are about to be caught up in a passion for each other that blazes so fiercely, and so out of control, it is beyond the power of either of them to resist.
The Duke’s Mistress is the story of an arrogant duke and an adventurous young widow, caught up in their insatiable desire for each other, the vengeful woman who would like nothing better than to see Blackmoor suffer as she has suffered, and believes Thea Fitzroy to be the means by which she will achieve it.
Author’s Note: The stories in the Regency Unlaced series are steaming hot and the language sometimes explicit.
Other books by Carole Mortimer
Contemporary Alpha Series:
Christmas Alpha (Alpha 1)
Dark Alpha (Alpha 2)
Shadow (Alpha 3) Author’s 200th Book
Midnight Alpha (Alpha 4)
Renegade Alpha (Alpha 5)
Warrior Alpha (Alpha 6) Release date October 4th
Rogue Alpha (Alpha 7) Release date December 4th
Savage Alpha (Alpha 8) Release date March 2016
Regency Unlaced Series:
The Duke’s Mistress (Regency Unlaced 1) Release date November 4th
Claimed by the Marquis (Regency Unlaced 2) Released date February 2016