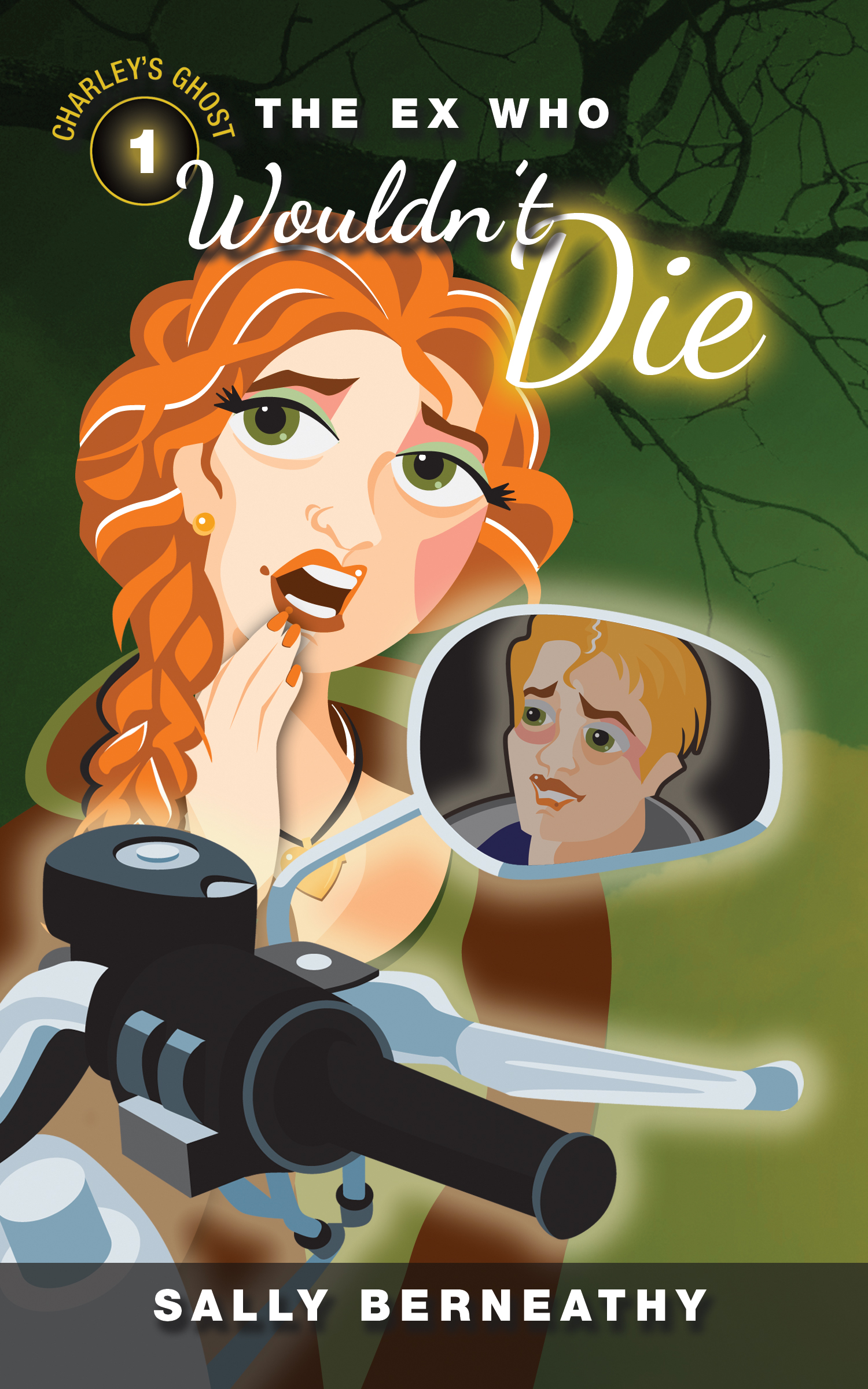 Amanda Randolph is beginning to think she’ll never get rid of her lying, cheating, scam artist husband, Charley. He’s delayed their divorce for a year and shows no signs of relenting. Then Amanda awakens in the hospital after a near-fatal motorcycle accident to discover that Charley has been murdered.

Finally they are no longer married!

But then she learns she is the primary suspect in Charley’s murder and, as if that isn’t bad enough, Charley’s ghost shows up in her apartment. He was rejected, not allowed to go into the light. The situation was bad enough when he was alive and trying to charm his way back into her life, but now he claims to be unable to go more than a few yards away from her. She can’t even be certain he isn’t peeking when she undresses for bed.

Even death did not them part.

As Amanda puts her life in danger in an effort to bring Charley’s murderer to justice and send him into the light or the dark or anywhere away from her, she learns her knowledge of Charley’s misdeeds is only the tip of a toxic iceberg. Charley blackmailed his murderer, blackmailed Amanda’s father, lied about his family being dead when he is actually related to half the town of Silver Creek, Texas, and, with his treachery, has stirred up secrets that will change Amanda’s life.