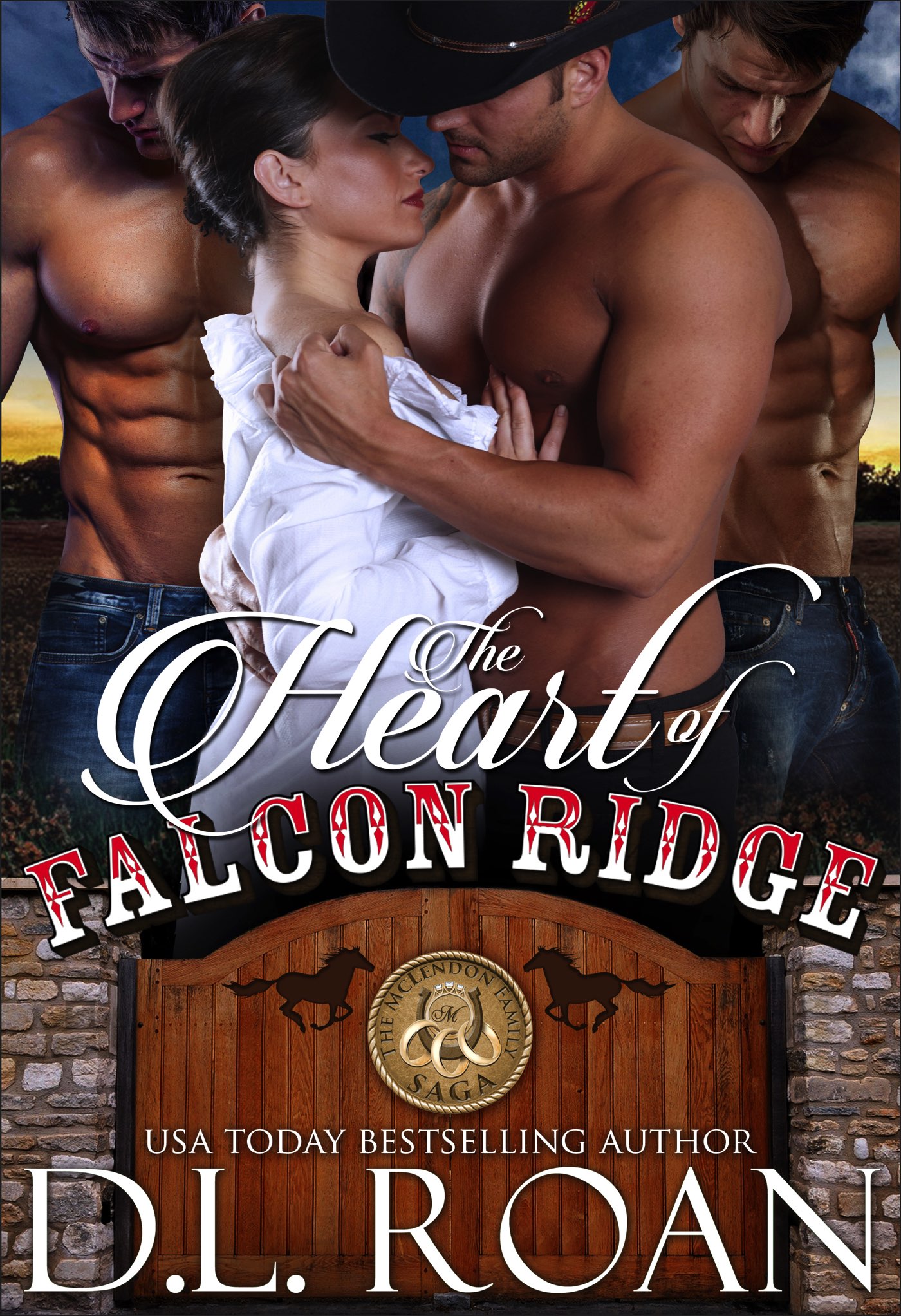 Meet the McLendon Brothers; three heartbroken cowboys raising their twin sons on their family’s ranch, Falcon Ridge. More than hope springs back to life when they meet their sons’ classy new teacher, but can they mend their broken family and convince her to take a chance on their unconventional love before her treacherous past catches up to her? Less
Three hearts beat as one, for one.

Six years after losing their wife, the McLendon brothers are focused on running their family ranch, Falcon Ridge, and raising their rambunctious twin boys. They’ve never believed they could find another woman with which to share their hearts and family.

When Matt and his twin, Mason, meet their sons’ classy new teacher, hope and love aren’t the only things that spring back to life. Matt is convinced she was Heaven sent to heal their family. Mason hopes he’s right, but knows they have a bigger problem than convincing Claira to take a chance on their unconventional family; a much bigger, surly, older brother kind of problem.

After their wife died, Grey McLendon planned to live the rest of his life comfortably numb from the neck down, even if it killed him…and it just might if he can’t reconcile his guilt and desire for Claira before her treacherous past catches up with her.

Author Note: Absolutely no action between brothers because that would just be awkward. Previously published as Second Chances and remastered for The McLendon Family Saga series.