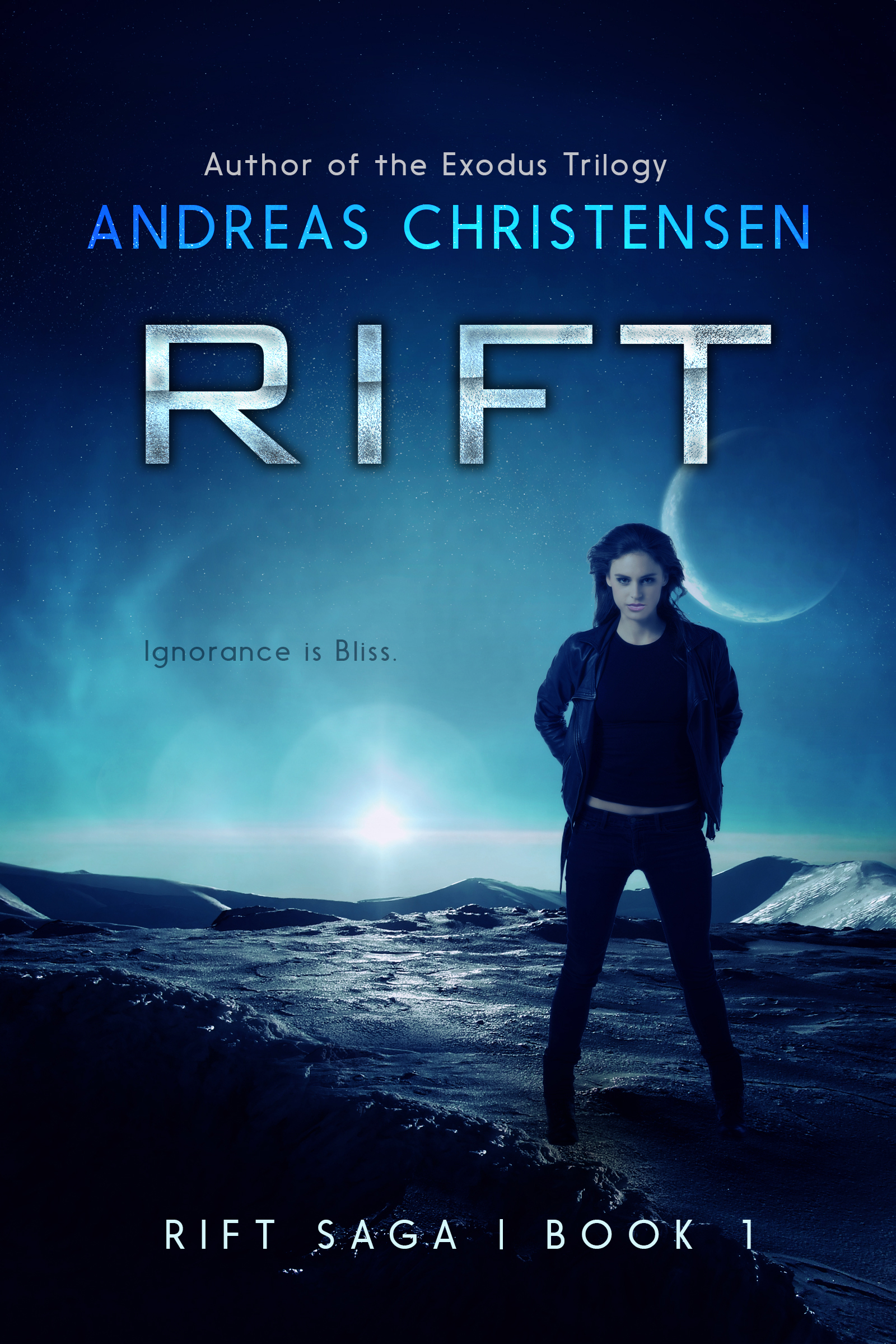 RIFT – The new dystopian trilogy book 1 from the author of the Exodus Trilogy.

In the ruins of what was once North America lays the Covenant, a nation forged by the iron will of the Moon people, who descended from their dusty refuge on the Moon after the Fall. The Moon people are wealthy, ruled by a strong government who protects its citizens from the dangers from outside their borders. Their greatest achievement is having learned the secret of immortality, and every citizen has the opportunity to live nearly forever if they choose to, a life of riches and abundance.

The English are the descendants of the original inhabitants of this place, and they live very different lives from that of the Moon people. They only live to serve the greater good, and citizenship is something few have the opportunity to earn. At the age of fifty all non-citizens are subjected to mandatory euthanasia. In order to maintain a sustainable society, they are told.

Every year a number of girls and boys at the age of eighteen are selected for Service to the State. The brightest and most talented are sent to become Students. The strong, the fighters and the athletes become Janissaries, a band of soldiers protecting the northern border from the enemies of the Covenant. The Wardens, a secretive organization known to operate far to the west, near the Rift, which makes up the border to the wastelands, sometimes choses one or two initiates, but nobody knows what becomes of them. And then there is the Corpus, where the whip rules and backs are bent. Those who complete their Service, may become citizens. And although they will never be equal to the Moon people, they will have access to all the riches and opportunities granted by the Covenant leadership to its citizens. And life.

As Sue is nearing Selection Day, she secretly hopes to be chosen, despite having to leave her mother and brother behind. She doesn’t crave glory or wealth though. A man or woman with citizen status can do a lot of good, and although few return to their home towns, Sue hopes to return to give her family a better life on the other side of Service.

But the Covenant is rotten to the core, and as she begins to learn its secrets, Sue must question everything she has always taken for granted. Soon she will find herself in dire peril, for she has seen the truth and there will be no turning back after that…

This science fiction dystopian trilogy is set more than two centuries after the events of Exodus, in a future dystopian society forged from the ashes of global disaster.

“Mr. Christensen has absolutely found his genre, and I hope he keeps the stories coming!”
“I read the Exodus Trilogy and I see in RIFT an author who has stepped up a level.”